Skip to content
How Does a Fountain Pen Work: An Interesting Insight 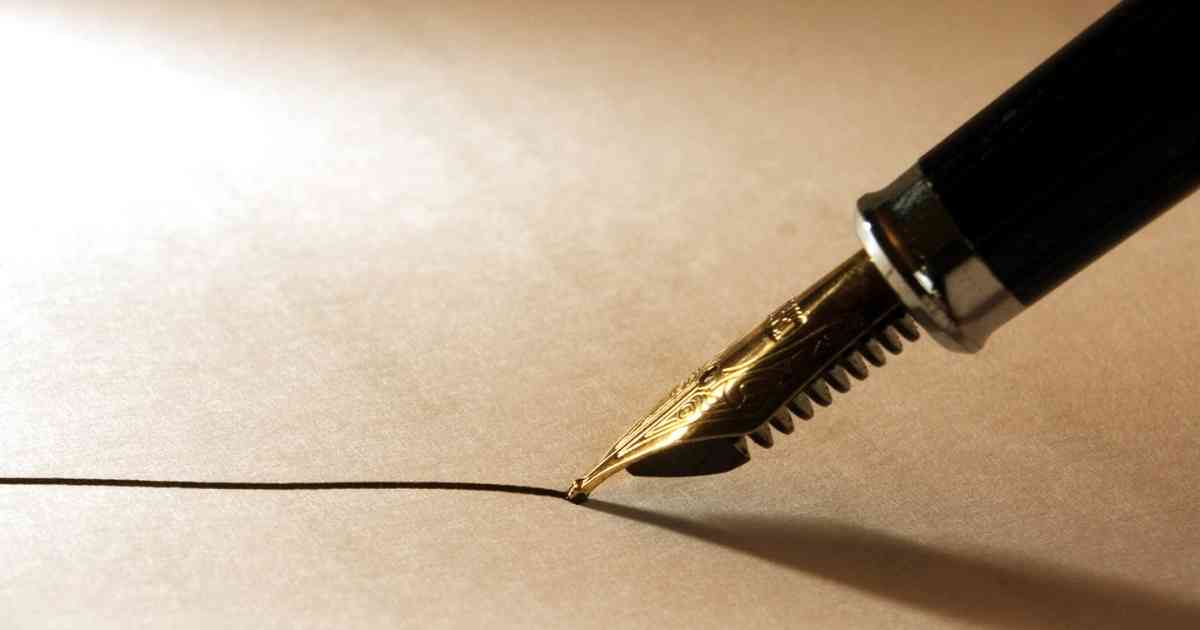 A pen can be described as a product of evolution, and the idea of a pen can be traced back to hundreds of years ago. We can see evidence of what our forefathers used in place of pens to write, such as coal, clay, and other indigenous products.

In recent times, and after several years of evolving, we now have different pens. In addition, some well-known brands and companies are in the pen-making business, and as a result, we can see a high circulation of different types of pens.

The fountain pen is one of the earlier forms of the pen, and the concept of the fountain pen has been preserved to date. Of course, modifications have been made to the structure, but the functionality is still the same.

So, how does a fountain pen work? Let’s find out.

Before we can fully understand how a fountain pen works, it’s helpful to learn about its components.

In the olden days, writing was done using a medium or material like a quill or feather and a colored pigment like a mash of coal or something that could leave a mark. The idea of pens has revolved around this design, and the fountain pen is also a good example.

The fountain pen is a special type of pen consisting of an ink storage, feed, and nib. Consequently, the ink used in fountain pens is very distinct from the type employed in other pens, and the application method is also very different.

Fountain pens are not easy to use compared to other pens like the ballpoint pen. When writing with a fountain pen, you need to have experience. Otherwise, you may end up with a smudged mess.

The fountain pen is an advanced writing tool, and it is one of the classic trends from back in the day. High-profile individuals used to be the main users of fountain pens and required a special type of training before the pen could be used.

In regular pens, the ink is usually more viscous, and it dries almost immediately when it comes in contact with the paper or whatever material you’re writing on. However, the ink of a fountain pen is very watery, and it doesn’t dry immediately when it comes in contact with air. This is why you need a lot of experience when writing with a fountain pen.

Parts of a Fountain Pen

There are different types of pens, and the structures of these pens vary with the designer. However, a general structure can be found in fountain pens. We will look at some of these structures to better answer the question, how does a fountain pen work?

When analyzing the structure of a fountain pen, we start with the pen’s handle and the components located in the handle.

The reservoir is one of the main components that can be found in any fountain pen, irrespective of the maker, and the pen won’t work in the absence of a reservoir.

The reservoir is the part of the pen where the ink is stored. The ink used in the fountain pen is very watery, and it needs to be properly stored to prevent staining.

The reservoir eliminates the need to keep dipping the pen in ink each time you want to write, and this is one of the upgrades that can be seen in recent fountain pens.

There are two main types of reservoir designs: the refillable tank that allows you to top off the ink when you’re running low and the cartridge that requires replacement when it finishes.

The feed can be seen as a plastic tube and forks off into three paths as it runs towards the nib. The separation of the feed into three parts is one of the control mechanisms to prevent too much ink from running out at once and prevents too little ink from coming out.

The nib is another part of the fountain pen, and it is the part that makes it possible for you to apply ink to paper or other writing surfaces. The nib is the pen’s tip, and it is usually made with metal.

The nib is the part of the pen that you drag over the paper, and it is connected to the reservoir by the feed.

The collector is located under the nib, and it is also a part of the feed. The collector is a mechanism put in place to further regulate the amount of ink that will flow out.

The collector is usually before the nib, and it looks like fins or segregations at the neck of your pen.

The cap is often considered a secondary component of the fountain pen, but the relevance should not be overlooked. The cap is the part that covers the nib when you’re not using your pen.

If the cap is not used, the ink could spill all over your clothes or on whatever surface you place the pen. Also, the cap comes with a clip that makes it convenient for you to carry the pen in your pocket or case without it falling out.

The barrel is the part that makes up the handle, and it consists of an outer covering that protects the reservoir. When you pick up a fountain pen, you won’t immediately see all the inner components and accessories. Instead, what you’ll see is an elegant-looking tool because of the barrel and the lacquer material used to make it.

The structure of the fountain pen is an interesting topic, and we can see that the pen is not as simple as it looks on the outside. Now that we’ve gained a little insight into how the pen is structured, we can learn how it works.

How Does a Fountain Pen Work?

A lot of thought has gone into the operation process of fountain pens, and a combination of factors comes into play when considering how the pens work. A simple way of describing how a fountain pen works is using a water container.

If you’re trying to pour water from a bottle and you decide to turn the bottle upside down, you will notice that the water is struggling to get out instead of flowing out, and it may be harder to control the flow of water at that point. This is how it feels when using a fountain pen.

Before attempting to write with a fountain pen, you need to be aware of several factors that will affect your writing outcome.

A good way to illustrate this is with a water bottle. If you get a water bottle and seal it shut with the cover, you don’t expect water to flow out from it. If you prick the bottle’s cover with a pin and then hold the bottle upside, you’ll notice that the water doesn’t flow out, or it flows at a very slow rate.

However, if you make another hole at the opposite end from the other hole, you’ll see that the water begins to trickle out. The same thing is applicable to fountain pens.

This same principle is one of the basic methods that a fountain pen operates with.

Air In, Ink Out

Following the illustration provided above, we can see that pressure is important in getting a fountain pen to work, and also, air needs to flow to allow the water or ink to flow.

Apart from making holes in a bottle, we can still get water out of the bottle, and we can see this when drinking water. We have to tilt the bottle to our mouths to allow the water to flow out, and you will notice that if you put the bottle in a vertical position, the water will start coming out with some difficulty.

The process described above shows that air pressure needs to flow in before the water can flow out and that water and air can get in each other’s way. Holding the bottle vertically causes the air and the water to collide at the mouth of the bottle, which explains the difficulty that is experienced when the water is trying to get out.

This is the same thing that happens in a fountain pen, and the air needs to get in before the ink can get out. However, if the air and the ink get in each other’s way, it can cause your ink to run amok on your writing paper.

The fountain pen design has taken into consideration both the air and pressure factor, and it is designed to ensure the ink and air flow smoothly without causing a mess.

When we described the parts of a fountain pen, we mentioned the feed and how it forks into three channels. The three channels allow the ink to flow out easily, and there is also a much larger channel that is just for air.

The channel for the air and the three channels for the ink are parallel to each other, and they don’t interfere, which reduces the risk of the air and ink getting into each other’s way.

The air coming from the air channel goes straight to the reservoir, and it forces the ink down the tube through the three channels and out of the nib.

Apart from the air pressure that builds in the reservoir, other factors allow ink to flow out of the fountain pen: gravity and capillary action.

Gravity is one of the forces of nature that affects everything, and it is often described as a downward force that pulls all things to the center of the earth. For example, when you hold your fountain pen in an upright or diagonal position, gravity immediately starts to act, and the ink in the tank begins to move downward.

Another important factor is capillarity, which is the ability of fluid or liquid to move up a narrow tube due to a system of forces. For example, the tubes and channels in the fountain pen are very narrow, and the ink can move down the tubes due to adhesive and cohesive forces.

When pressure is applied to the nib, all these factors we’ve discussed come into play to ensure that the ink that comes out of the pen is a neat line that can be used to write.

How does a fountain pen work? Fountain pens are a more sophisticated method of writing, and it requires a certain degree of expertise and finesse to use them properly. Knowing how a fountain pen works will go a long way in helping you write with them. 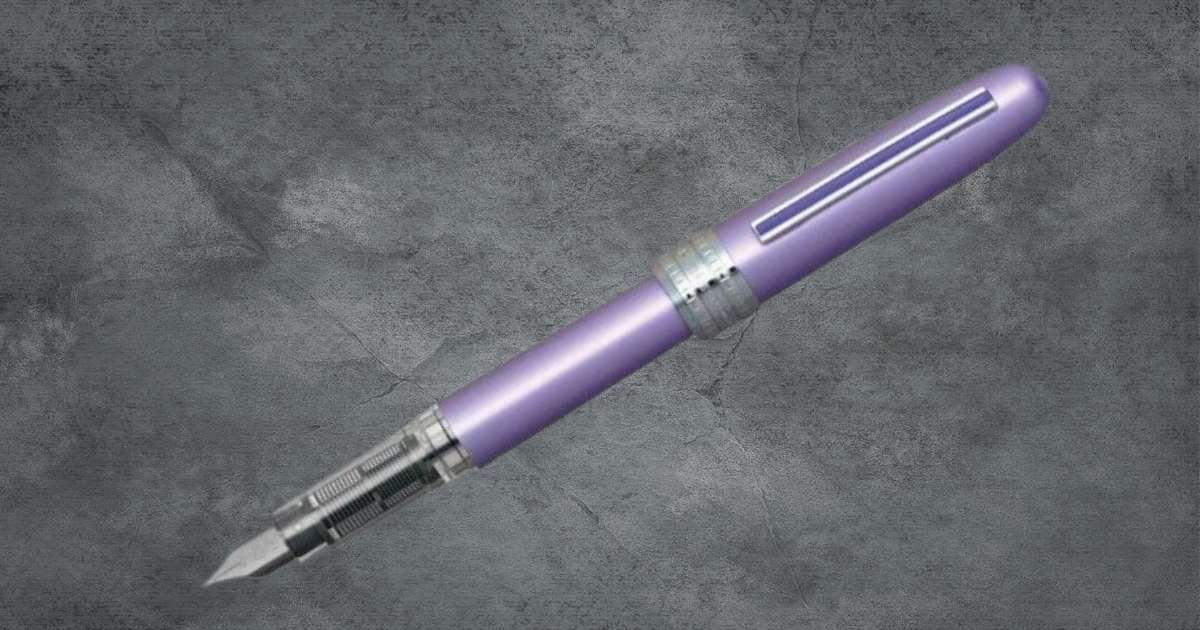 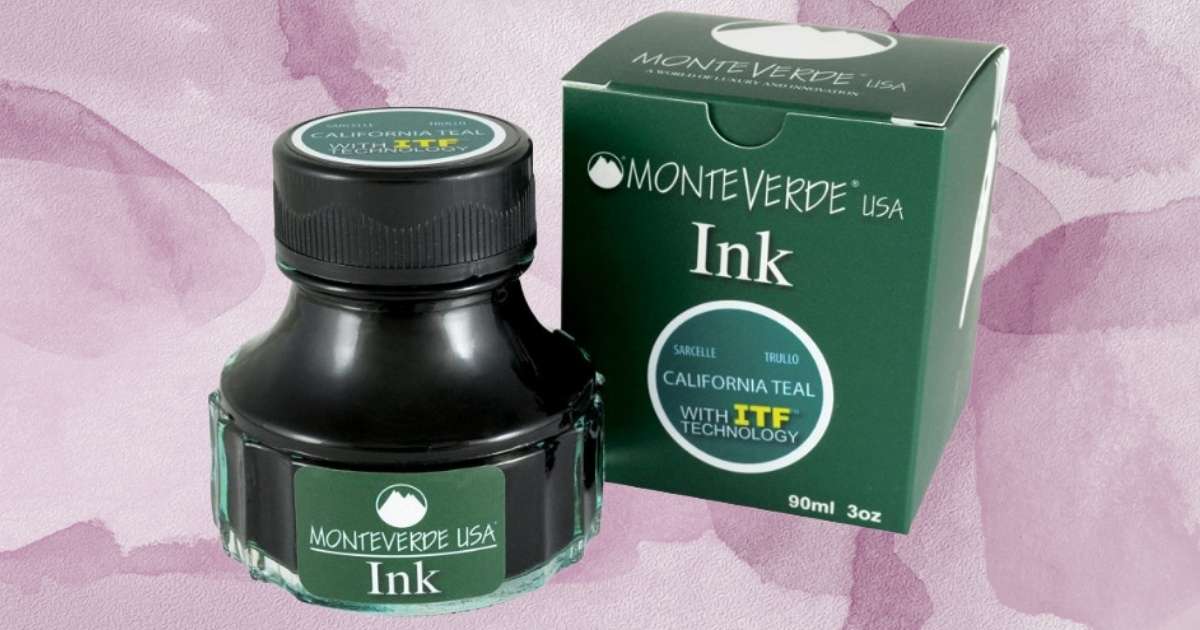 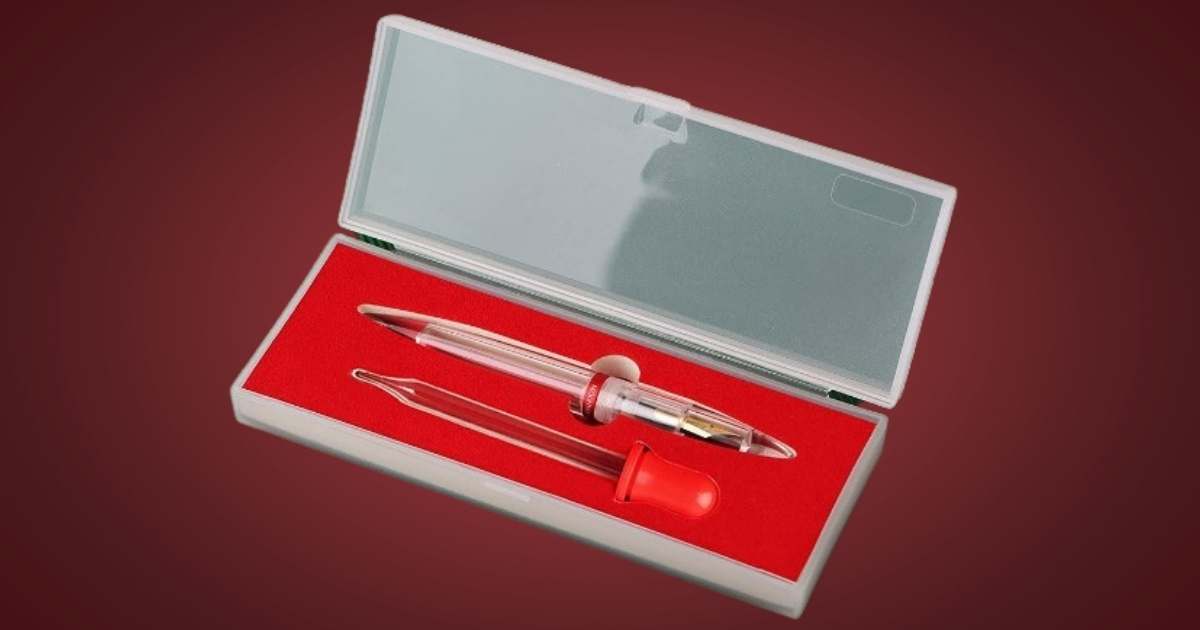 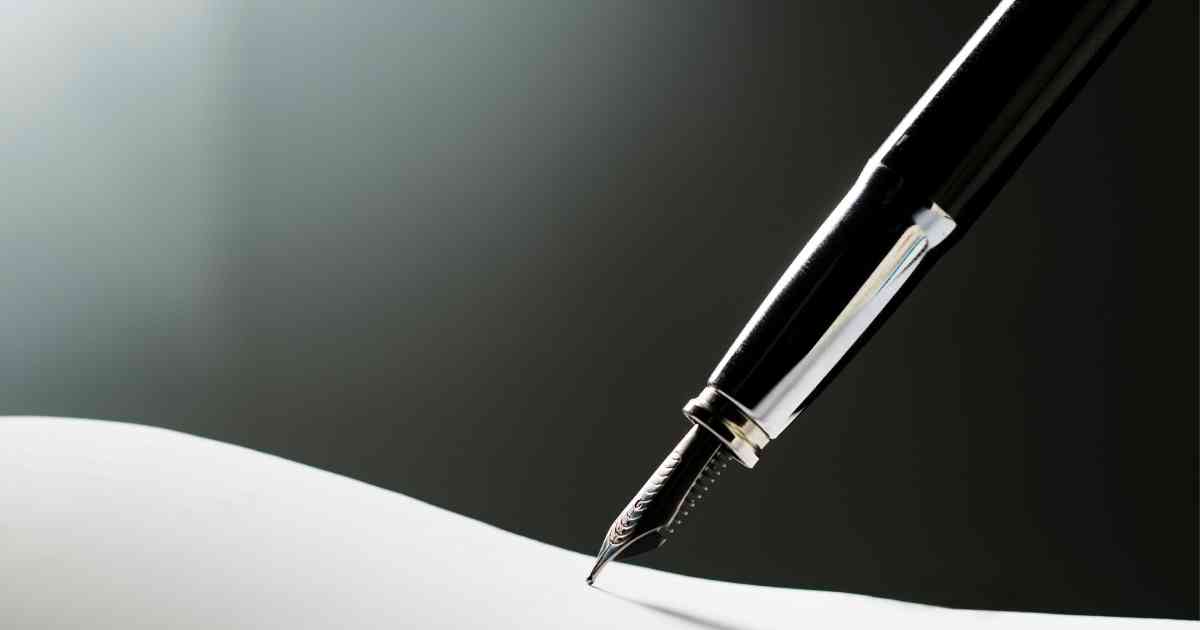